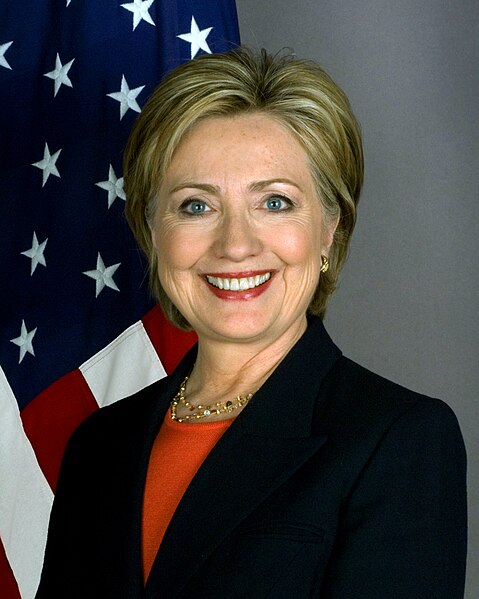 Time for everyone to have infinity seats.

For days I have watched people become increasingly more hysterical over La Hillary saying some perfectly reasonable things, which apparently is illegal. For one, she basically called Jill Stein what she is–“a Russian asset” lol, or in layman’s terms, “A Useful Idiot.” Next, she went in on Tulsi Gabbard for there being suspect websites in favor of her and high level of troll activity supporting her. This is something I don’t even need to fact check. I know it’s true. I get trolled by these unamerican accounts all the time; they all either have accts that were dormant for years that suddenly woke up this spring or summer, or they are brand new accounts that appear to have been created specifically to troll Democrats, especially me, and my followers in the K-Hive. This could because they love trolling all of the people who were on the “Tulsi Gabbard Twitter Enemy List” last spring, and I was lucky enough to reach number 22. Only number 22? How lame. I deserve better treatment.

Yeah, I was robbed, that much is clear, and it was unfair. I submit that I should have been much higher on the list (a lower number) since I despise Tulsi far more than many of the people who suspiciously ranked better than me. I mean, whoever made the list said I was BAD BAD BAD. That’s 3 bads. Nobody else got 3 fucking bads. I should have been in the top ten. The makers of that ranking chart need to have a fucking seat.

As you know, I often call on people who are “doing the most” to have between a million and a billion seats, for many very good reasons. One helpful reason is they need to sit their asses the entire fuck down and shut that shit the complete fuck up. Like, they need to do it right fucking now. This includes “Democratic” candidates for the Presidency, like the always annoying and never quiet Bernie Sanders, and even my boy Beto (how could you? I forgive you because you’re not Bernie, but stop it). Sigh. Strange bedfellows.

That’s not all that’s strange about this “Hillary Called Me A Russian Asset On A Podcast” story that Tulsi Gabbard and the entire media have been weaving. The strangest part is that Hillary never actually said Tulsi was a Russian asset at all. Recall, I wrote a thing about that very thing last week and in that piece I made sure to highlight the fact that I actually LISTENED to the actual fucking podcast so that I actually heard what Hillary was actually saying instead of trusting anyfuckingbody in the media to transcribe anything Hillary says for me. There is this weird thing in the media where they focused an extraordinarily extreme amount of time on Hillary’s boring ass emails while pretty much giving Donald Trump a pass, normalizing him even, and it made me not trust a fucking thing they said in regard to Hillary.

Since Bernie obviously only reads above the fold, never listened to the podcast, and is likely bitter about losing to Hillary, he forcefully defended Tulsi from shit Hillary didn’t say. Let me remind you that Bernie called Hillary unqualified based on a headline saying she called him unqualified, but she had never said THAT at all.

Tulsi Gabbard has put her life on the line to defend this country. People can disagree on issues, but it is outrageous for anyone to suggest that Tulsi is a foreign asset.

I suppose it might be outrageous if anybody had actually said it, Gramps. You look like an asshole who is still bitter about being beat by a woman.

Other people who can have seats: Marianne “Queen of the Moon People” Williamson, Andrew “Don’t Circumcise Your Baby’s Wang” Yang, Jill “Remember When I Punked Y’all Out of Recount Money” Stein, Van “I Block Black People Because They Read My Ass” Jones, and even Cory “I Think About My Girlfriend All Day” Booker and Pete “I’m Friends With Zuckerberg Who Sold The Last Election To Trump” Buttigieg jumped all the hell over Hillary to defend Tulsi and they can each have about a Trillion seats.

President Donald Trump has attacked former Sec. Hillary Clinton over the weekend for trying to blame Russia for everything. In fact, The New York Times story that quoted an interview with Clinton mistakenly alleged the quote. It was incorrect and The Times has fixed their error.

Clinton never said Rep. Tulsi Gabbard (D-HI) was being “groomed” by the “Russians,” according to an update from The Times.

Oops!!! I suppose everyone who attacked Hillary for saying Tulsi was a Russian asset will hurry up and apologize for their grievous error that has the potential to destroy Hillary’s reputation? LOLOLOLOLOLOLOLOLOL!! Yeah right. Rarely does anyone apologize to Hillary or even admit to making a mistake in whatever bullshit they spread about her.

Republicans were ‘grooming’ her as a third-party candidate,” The Times said in a corrected report (emphasis from RawStory).

Oh, what’s this? REPUBLICANS were grooming Tulsi? Why don’t we have a million articles and candidates who I’ll never vote for coming out and defending Tulsi on THAT? Is it because it’s kinda obvious since Trump wanted to give her a job, she’s a DINO, she goes on Fox to rail against Democrats, and has a 1990s view on abortion.

I haven’t even gotten to the strangest part of Tulsi’s gyrations over Hillary not saying she was being groomed by the Russians: Tulsi seems to think she can compete with Hillary for some reason.

“It’s now clear that this primary is between you and me,” Gabbard tweeted about Clinton. “Don’t cowardly hide behind your proxies. Join the race directly.”

Defenders of Gabbard, including those on the right and the populist left who regularly oppose the Democratic establishment, may attempt to color Clinton’s critiques of the lawmaker as bitterness coupled with the former secretary of state’s desire to bolster a more centrist candidate’s campaign. But experts in the field of Russian interference view manipulations of Gabbard’s campaign as potentially harmful to the 2020 election in ways that are similar to the previous election. And for those who are concerned about the integrity of the U.S. election process, that is a much bigger issue than Gabbard’s personal feelings.

Hi. This is not about your stupid ass personal feelings about Hillary anymore, this is about our Democracy, something Many of these very important people who defended Gabbard all profess to care about deeply. The media seems to be stuck on trying to prove they were right to treat Hillary like shit while giving Donald Trump a free pass on all of his faults. I’m tired of this shit, so the media can have 100 trillion fucking seats.

Kamala Harris locked up Child Molesters, and I am fucking proud of herNext Article

Thank you very much !
Donate to Brave News Blog
Donate
This is default text for notification bar
Learn more