Poll: Most voters say there are too many Dems on debate stage

Piers Morgan Has Been Getting Smacked Around By Black Women All Week and It’s F*cking Beautiful. They Made Him Quit His Job. 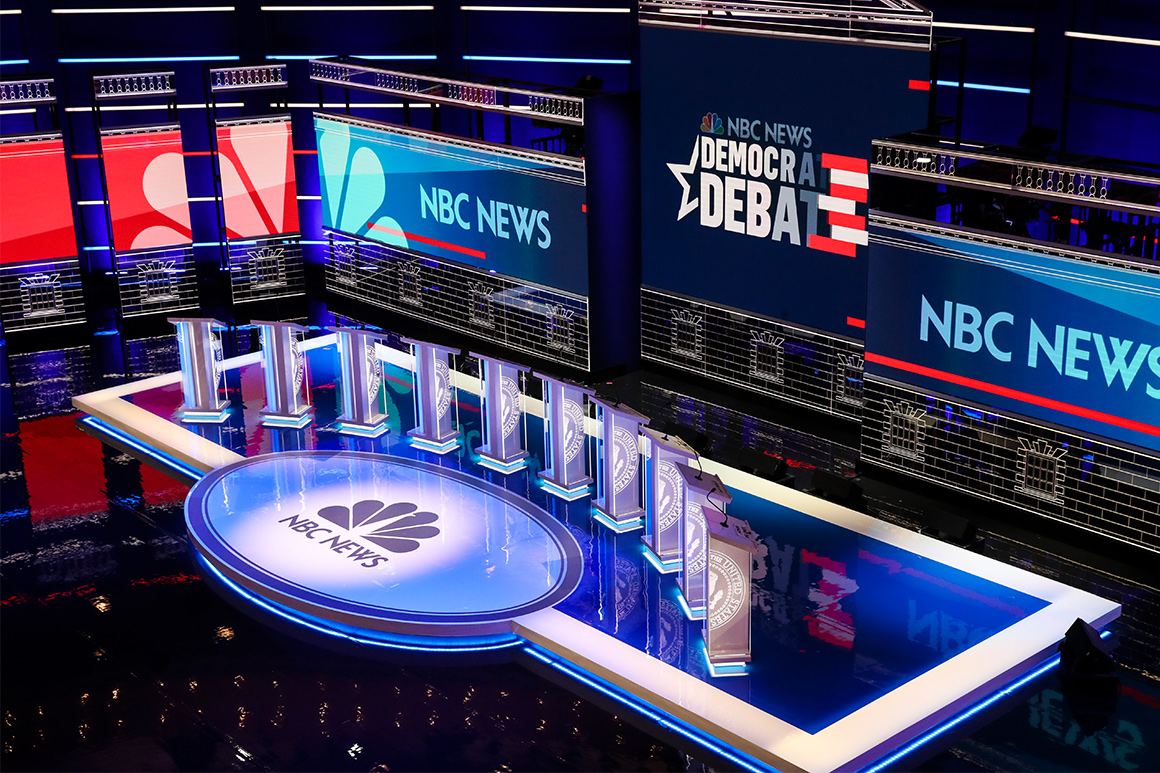 As the Democratic National Committee looks to whittle down the sprawling field of presidential hopefuls beginning with this week‘s debate, most voters — including a majority of Democratic primary voters — still believe there will be too many candidates on the stage on Thursday.

According to a POLITICO/Morning Consult poll out Wednesday, 54 percent of voters say that the number of White House hopefuls who will debate on Thursday — 10 — is more than enough. That number dips ever so slightly among Democratic primary voters, to 53 percent.

About a third of Democratic primary voters, 34 percent, say they think Thursday’s debate stage will have just the right amount of candidates, compared with a quarter of all registered voters, the survey found.

Thursday’s contest will be the first time every candidate meeting the DNC’s debate qualifications will be on the same stage — after the first two primary debates of the cycle needed to be spilled over onto a second night.

The more stringent requirements set by the party for the third and fourth debates set up a showdown between former Vice President Joe Biden, who has led the sizable field in nearly all public polling, and Sen. Elizabeth Warren, who has largely solidified her spot in the top tier of candidates in recent months.

That consensus was more or less borne out in the POLITICO/Morning Consult poll’s findings of whom Democratic primary voters expected to have the best showing in Houston on Thursday, though those dynamics have shifted some since primary debates began earlier this summer.

Biden carries the highest expectations among Democratic primary voters, with 24 percent picking the former vice president to have the best performance. Warren was next, with 19 percent of voters, and Sen. Bernie Sanders rounded out the top three with 18 percent, more than double the next-closest candidate.

“As Elizabeth Warren seeks to capitalize on campaign momentum, our polling suggests expectations for her debate performance have grown since the first debates,” said Tyler Sinclair, Morning Consult’s vice president. “Notably, 19 percent of Democratic primary voters said they thought she would perform best, compared with 12 percent who said the same ahead of the June debates. This compares to lower expectations of former Vice President Joe Biden, which are down 6 points over the same period (30 percent to 24 percent).”

Voters already unhappy with the size of the debate stage on Thursday are set to be disappointed: Eleven candidates have already qualified for the next debate in October, with several more on the fringes, according to a POLITICO analysis. This virtually ensures that there will be either a larger stage or a second night of debates, as the DNC has previously said it does not plan to feature more than 10 candidates on the same debate stage.

The POLITICO/Morning Consult poll was conducted Sept. 7-8 online among a national sample of 1,998 registered voters. including 815 likely Democratic primary voters. The full survey of registered voters has a margin of sampling error of plus or minus 2 percentage points.

Morning Consult is a nonpartisan media and technology company that provides data-driven research and insights on politics, policy and business strategy.

Why The F*ck Does Bernie Think White Men Working For Wages is the SAME THING as Black Slavery?

Piers Morgan Has Been Getting Smacked Around By Black Women All Week and It’s F*cking Beautiful. They Made Him Quit His Job.